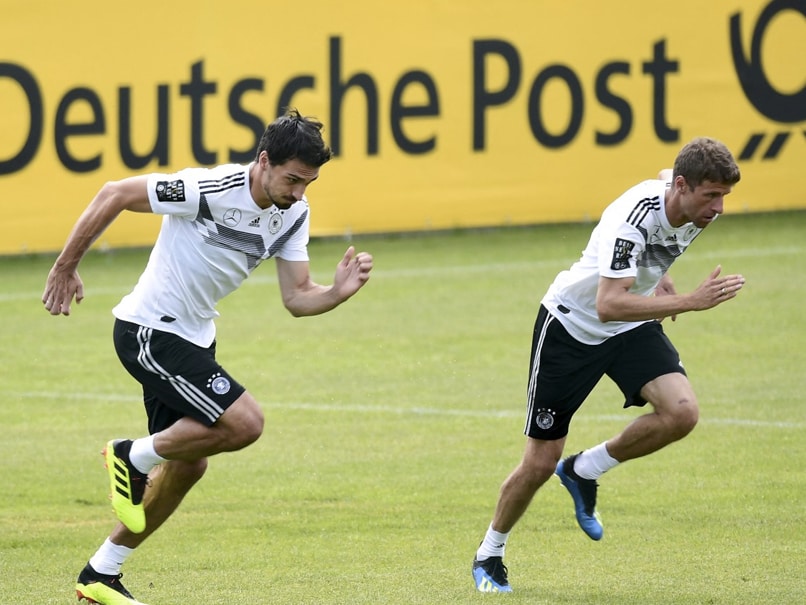 The recall of Mats Hummels to the heart of the Germany defence will strengthen their back four at the Euro 2020 finals, based on his impressive performances this season for Borussia Dortmund. Two years after both Hummels, 32, and Thomas Mueller, 31, were axed by Joachim Loew from the Germany squad, the pair have been recalled for the European Championship due to current form. “I’m glad to be back @dfb_team. I’m really up for a new chapter,” Hummels posted on Instagram Wednesday. Just as he had for his club, the centre-back can lend experience to a youthful German defence.

He has excelled in recent weeks to help Dortmund lift the German Cup and qualify for the Champions League by winning their last six Bundesliga games.

Hummels’ ability to deliver accurate long-range passes from the back can quickly turn defence into attack.

He will bring a calming influence to a Germany defence drained of confidence by a 6-0 thrashing in Spain and shock home defeat to North Macedonia this season.

The five goals Hummels has scored in the 2020/21 Bundesliga is his best single-season haul in a decade, the same figure he scored in Dortmund’s 2010/11 title-winning campaign under Jurgen Klopp.

He can be lethal in the air but can also tuck chances away having played as a striker earlier in his career.

He scored twice in a man-of-the-match performance in Dortmund’s 2-0 win at Arminia Bielefeld last October, a week after his headed goal sealed a 3-0 win over Schalke in the Ruhr derby.

He turns 33 in December and has compensated for any loss in pace by anticipating where the ball will go and ensuring he is a step ahead of his opponent.

He was a cornerstone of the Germany team which won the 2014 World Cup in Brazil.

It was Hummels’ bullet header at the Maracana in Rio de Janeiro which sealed a nervy 1-0 win over France in the quarter-finals.

Hummels had made 70 appearances for Germany and scored five goals before Loew’s decision to axe him, Mueller and Jerome Boateng in March 2019.

The trio bore the brunt of Loew’s sweeping changes after the disastrous 2018 World Cup campaign when Germany finished last in their group.

Hummels, like most of his team-mates, played poorly in Russia and missed several headed chances in the 2-0 defeat to South Korea which confirmed the Germans’ exit.

Hummels came through the Bayern Munich youth academy, but rose to prominence at Dortmund, where he flourished under then coach Klopp.

He was an integral player in a swashbuckling young Dortmund team which won back-to-back Bundesliga titles and thrashed Bayern in the 2012 German Cup final.

He anchored the Dortmund defence in a 2-1 defeat to Bayern Munich in the 2013 Champions League final at Wembley.