The federal government’s new loan program to help businesses survive COVID-19 is getting mixed reviews, even from companies desperate for help.

The highly affected sectors credit availability program, or HASCAP, launched on Monday, offers loans between $25,000 and $1 million to businesses that qualify.

Business owners, advocacy groups and experts all welcome the aid, but many stakeholders worry about whether taking on more debt is a viable solution.

“Many of these companies just can’t take on any more debt. And even those that can probably shouldn’t,” said Eric Morse, a professor of entrepreneurship at the Ivey Business School at Western University in London, Ont.

“My worry is what’s happening at a high level is that we’re pushing what will be a slew of bankruptcies or insolvency just down the road.”

HASCAP was created particularly to support the travel, tourism, hospitality, and arts and culture sector hit hard by the coronavirus pandemic. 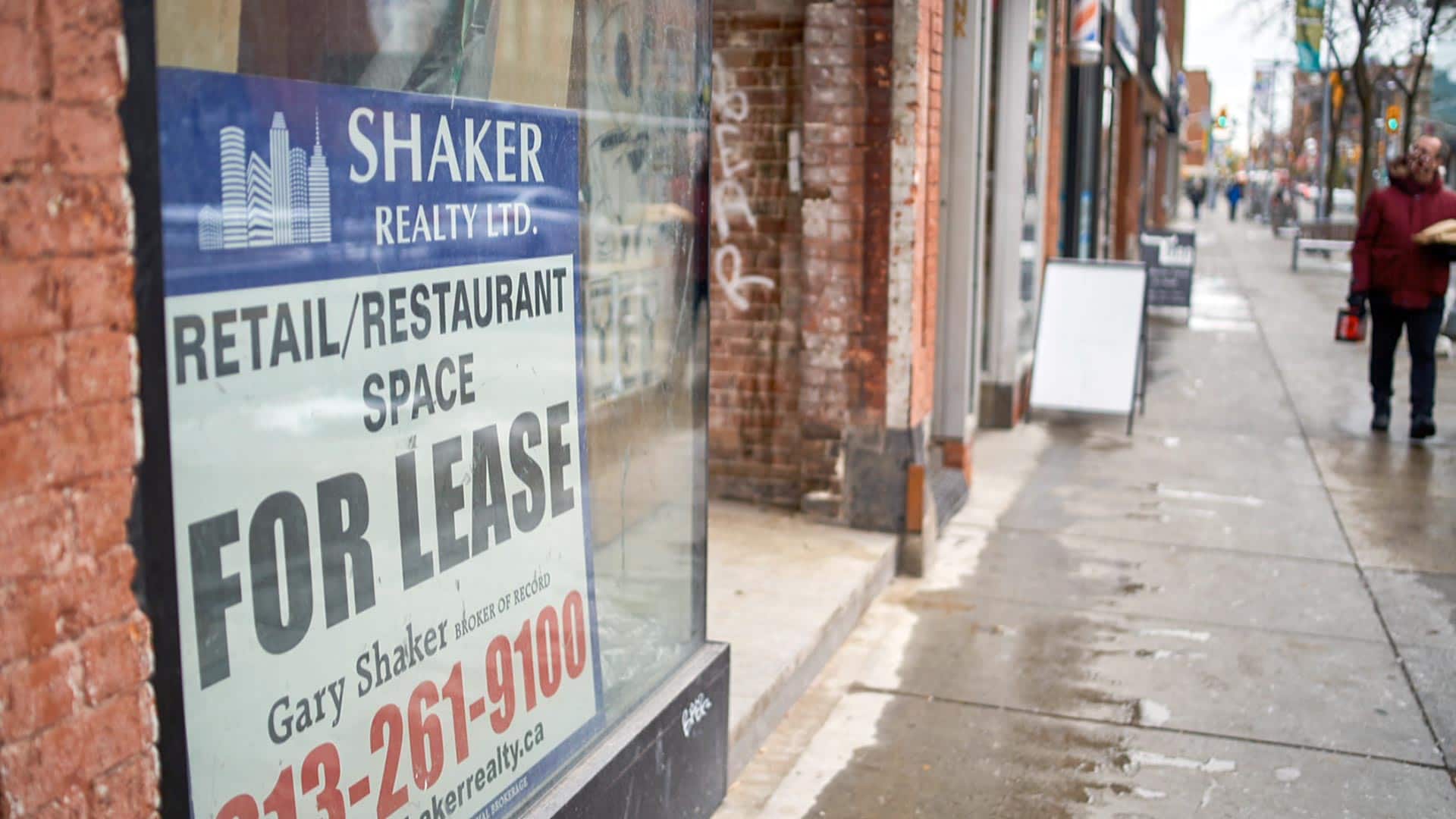 Businesses in sectors hit hard by the pandemic can now apply for low-interest, government-backed loans under a new federal program, but the prospect of even more debt has some calling for partial subsidy. 1:45

To qualify, businesses must show their revenues have fallen by at least 50 per cent for at least three months of the previous eight.

The program is also primarily intended for companies that have already qualified for and are receiving CEWS, the government’s wage-subsidy program, or CERS, the rent subsidy.

The government-guaranteed loans can be paid back over as long as 10 years; the interest rate is four per cent.

How business owners say HASCAP could be better

Like many businesses in Newfoundland, hers relies on tourism. But with that traffic gone and capacity limits on for seating local customers, sales are down more than 65 per cent.

“We’ve gone through all our reserves from years prior,” said O’Reilly. “We’re … robbing Peter to pay Paul.”

She’s grateful the new program exists and says she applied because she has no choice.

O’Reilly thinks HASCAP  loans should be interest-free, just as the Canada emergency business account (CEBA) loan initially is, given it’s not clear how the pandemic will play out over the next year or longer.

“I’m really concerned about what’s going to happen,” said O’Reilly, who had to slash 150 jobs across her four establishments.

“I can only imagine how devastating it is for others who have been forced close for an extended period of time, in some of the major cities around Canada.”

O’Reilly is part of the recently created Restaurant Revival Working Group, which industry association Restaurants Canada launched to ensure HASCAP and other government aid programs are meeting the needs of the struggling sector.

The Canadian Federation of Independent Businesses, an advocacy group, is also calling on the government to make a portion of the new loans forgivable, as is also the case with the CEBA program.

CFIB welcomes the new <a href=”https://twitter.com/hashtag/HASCAP?src=hash&amp;ref_src=twsrc%5Etfw”>#HASCAP</a> program providing fresh loans to businesses with a 50% revenue drop or more for 3 months. But more loans are not the answer to the mountain of debt small firms are facing. CFIB urges govt to consider a forgivable %, like CEBA.

A big help for hotel owners, but workers worried

Reetu Gupta, president and CEO of the Easton’s Group of Hotels, has watched occupancy levels fall to as low as six per cent in her company’s properties since the pandemic began.

Gupta’s company has about 20 hotels across Ontario and Quebec. She too is planning on applying for HASCAP.

“It will just just honestly help us pay our bills, pay wages that aren’t covered by the subsidy, keep our doors open and to keep jobs in place,” she said.

Gupta says she’s only closed one hotel since the pandemic began. But due to layoffs, she’s down to a skeleton staff at each location.

With the slow rollout of vaccines and the arrival of coronavirus variants in Canada, Gupta says there are no signs of when the hotel industry will bounce back.

Even so, she’s not looking to Ottawa for grants or zero-interest loans.

“I don’t believe in anything being free. Everything has a cost,” she said “I don’t want our country to be in a larger deficit than it is in right now.”

Alana Baker, a spokesperson for the Hotel Association of Canada, says the HASCAP program arrived in the nick of time for the industry.

Many hotel owners told the association that they wouldn’t make it to the end of February without more help, she said.

“We have been calling on the government to implement a tailored loan program for months now, since last spring,” Baker said. “It couldn’t have come at a more critical time.”

Members of Unite Here Canada, the hospitality workers’ union, are also worried about a better future being far away.

Michelle Travis, the spokesperson for Unite Here Local 40 in Vancouver says HASCAP will simply funnel money through wealthy people, equity companies, and developers who own hotels. She fears those funds will end up with Canada’s biggest banks, who hold mortgages on the properties.

Travis says the hotel industry should be using the CEWS wage subsidy program to keep workers employed, and that taking aid from HASCAP should include a conditions “to ensure that the workers they laid off have a pathway back to their jobs.”

“Who works in the industry?” Travis said. “It’s the very workers that the government has said that they’re particularly concerned about — a majority women, many immigrants, many racialized workers.”

Frederic Dimanche, the director of Ted Rogers School of Hospitality and Tourism Management at Ryerson University, says the HASCAP program may be a lifeline for businesses that have survived the pandemic so far.

He also says it’s important that people remember that not only restaurants and hotels need help.

“You have to think about all the smaller operators that have attractions, small museums, small cultural venues, live entertainment venues, from bars to concert halls and theaters and all this kind of thing should benefit from this measure.”

Looking ahead, said Dimanche, “we know that will continue to be some restrictions on people and on travel so the question is whether or not these loans are going to be sufficient to keep those businesses alive.”

Back in St John’s, O’Reilly is determined to stay afloat.

Her O’Reilly’s pub is due to celebrate its 25th anniversary in 2022.

Before the pandemic, she borrowed money to start new restaurants and build a hotel renovating a historic courthouse and church.

She won’t let COVID-19 shake her faith in tourism.

“I believed in it before. And I believe in it even more now.”