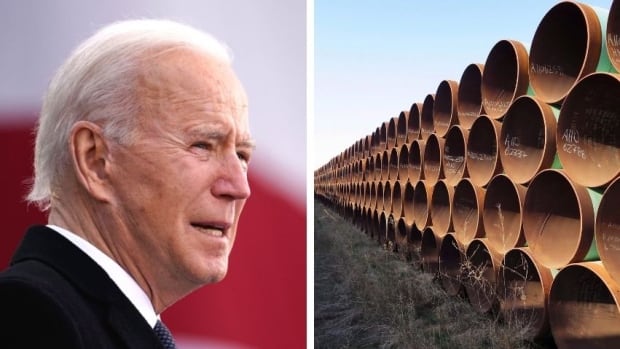 Attorneys general from 21 states on Wednesday sued the administration of President Joe Biden over his decision to revoke a key permit for the contentious Keystone XL oil pipeline from Canada.

The lawsuit states that Biden does not have the unilateral authority to change energy policy that the U.S. Congress has set, Texas Attorney General Ken Paxton said in a statement late on Wednesday.

Biden revoked a permit for the pipeline which would transport 830,000 barrels a day of carbon-intensive heavy crude from Canada’s Alberta to Nebraska. It was part of a flurry of executive orders aimed at curbing climate change.

The head of the U.S. Senate energy committee, Joe Manchin, urged Biden last month to reverse his opposition to the Keystone XL pipeline, saying the project provides union jobs and is safer than transporting the oil via trucks and trains.

Canada’s TC Energy Corp is the owner of the oil pipeline project.

The complaint on Wednesday was filed by Paxton and Montana Attorney General Austin Knudsen in Texas federal district court.

The White House did not immediately respond to a request for comment late on Wednesday.

“The Executive’s unilateral decision to revoke the Keystone XL permit is contrary to the constitutional structure to which the states agreed at the time of ratification,” the states said in the lawsuit.

“The Executive’s decision also encroaches upon the states’ abilities to steward and control the lands within their borders.”