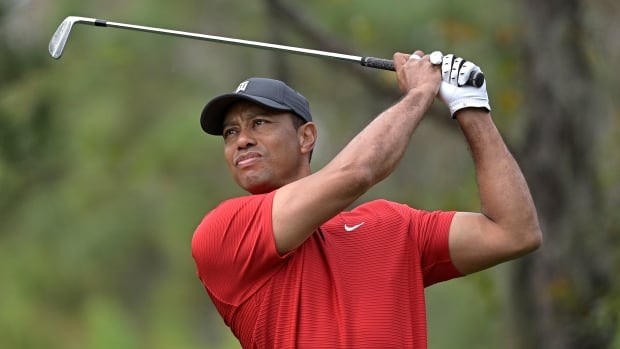 Tiger Woods is back in the game — digitally, at least.

Woods has signed a long-term partnership with the company behind the PGA Tour 2K video game series, returning the 15-time major champion to an industry he once dominated with EA Sports.

2K also announced that it’s entered into an agreement to purchase Lunenburg, N.S.-based HB Studios, the developer of PGA Tour 2K21 — the latest edition of the golf video game — as well as The Golf Club series of games.

The deal was announced Tuesday, nearly a month after Woods suffered career-threatening leg injuries when he crashed an SUV on a steep road in the Los Angeles suburbs.

It’s possible Woods may never return to the PGA Tour, where his 82 victories are tied with Sam Snead for most all time, but his name and likeness will be used exclusively in the PGA Tour 2K franchise.

Woods was not among the players included in last year’s 2K game, and it’s unclear if he’ll be added or if his name or image will be used on the cover. A news release from 2K said only that Woods would be an executive director and consultant.

Woods was partnered with EA Sports for 15 years, and the Tiger Woods PGA Tour series is among the most successful sports video games ever. Woods and EA Sports parted in 2013, four years after news of Woods’s extramarital affairs tarnished his public image.

EA Sports rebuilt the game from scratch and put Rory McIlroy on the cover in 2015, but the reboot got subpar reviews and it hasn’t produced a golf game since.

“I am looking forward to making my return to the video game landscape, and with 2K and HB Studios, I’ve found the right partners to make it happen,” Woods said in a statement released by 2K.

“I’m honoured to take part in this opportunity and look forward to sharing my expertise and insights as we build the future of golf video games together.”

Jayson Hilchie, president and CEO of the Entertainment Software Association of Canada, told CBC News that 2K’s acquisition of HB Studios is another sign of growing momentum in the video game industry in Canada.

“Any time we get a publisher like that that looks at Canada and says, ‘look, we want to be there,’ either in an initial form or to expand their presence, that is a testament to the strength of our industry,” Hilchie said.

The Lunenburg studio location of HB Studios will be retained as part of the acquisition, according to 2K’s statement. It will be used as the head office of Canadian affiliate Take-Two Interactive Canada.

“When people buy video game studios, they buy not just the studio, but they’re buying the talent that exists within that studio,” Hilchie said. “It’s not the typical place that you would see a video game company, but they’ve thrived there for over 20 years.

“And so my guess would be that everybody that works there wants to stay there, and I would have no concerns with the studio going anywhere else. That’s not typically how a deal like this would work.”

The acquisition of HB Studios is expected to close in the first calendar quarter of 2021 and is subject to customary closing conditions, according to a news release from 2K. Financial terms of both deals were not disclosed.

“The team’s love and knowledge of golf is immediately evident in our games. We’re thrilled to officially become part of the 2K family and continue development of the PGA Tour 2K franchise,” HB Studios president and studio head James Seaboyer said in the statement.