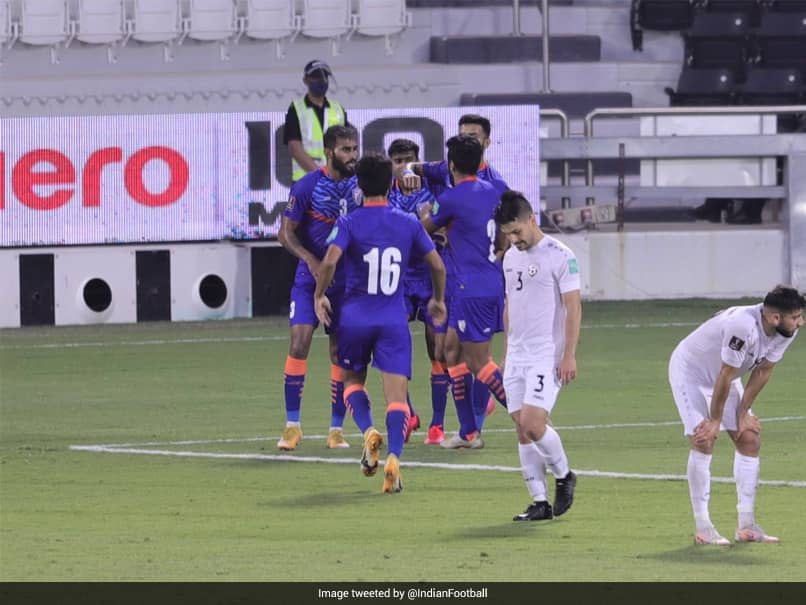 After 74 minutes of a tense football game, viewers all around the world were definitely given a kick when Afghanistan goalkeeper Ovays Azizi somehow managed to put the ball inside his own net for India to take the lead in the joint World Cup and Asian Cup qualifiers in Doha. It all transpired when Manvir Singh flicked a pass stylishly from outside his foot towards the left wing which was put across by Ashique Kuruniyan at the far post, expecting an Indian head to meet the cross. Afghanistan would have thought the danger was over when their goalkeeper got his hands on the innocuous delivery, only for him to fumble it into his own net.

It took a moment for the Indian contingent to understand what exactly happened but soon the hands went up in celebration as Azizi had nowhere to hide. Due to that unexpected howler, India took a priceless lead and looked set for three points with 15 minutes to go.

However, the joy lasted only seven minutes as Hossein Zamani curled one past Indian keeper Gurpreet Sandhu to score the equalizer and deny India its second straight win.

India had 10 shots on target as against to seven from their opposition. Afghanistan led the statistics in the wrong bracket as they committed 19 fouls to India’s seven.

India had gone past Bangladesh on June after twin strikes from captain Sunil Chhetri late in that game.

The draw today meant India finished third in the Group E and also made it through to the third round of the Asian Cup qualifiers.