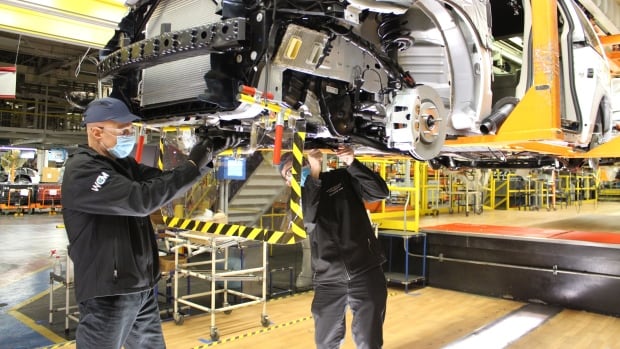 The Windsor Assembly Plant will be shut down for four weeks starting Monday, according to the union representing workers there.

“[The] Union has received word that the shortage of microchips that are crippling almost every auto company is now impacting us here at the Windsor Assembly Plant,” stated Unifor Local 444 in a post on Facebook Thursday evening.

A shortage of semiconductors — the microchips needed in everything from military equipment to coffee makers — is causing delays around the world, disrupting supply chains for smartphones and causing major problems in the auto industry.

Dave Cassidy, president of Unifor Local 444, said the closure will affect the Stellantis plant in Windsor, as well as five feeder plants, potentially affecting as many as 6,500 workers from Unifor Local 444. Other facilities will be negatively impacted as well, he said.

“It’s going to be a big downtime and we’re going to see Windsor really negatively affected for the next month,” he said.

Workers are directed to speak with their supervisor for more information.

A similar shutdown occurred in February, when the semiconductor shortage halted production for three weeks.